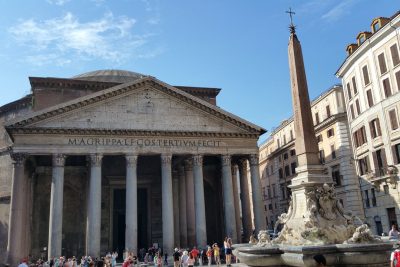 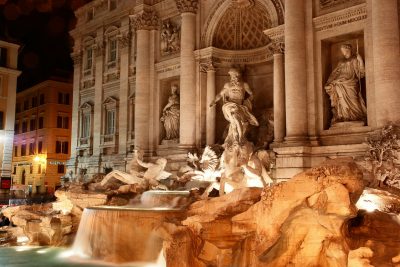 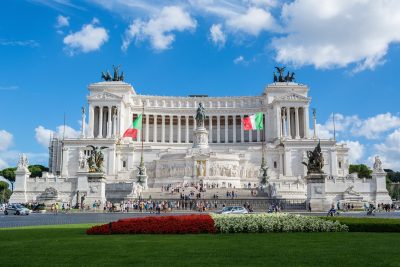 Explore the main sights of Rome city center with this 3-hour walking tour. in a single morning you will move in centuries and discover top attractions of Rome. This itinerary begins at Campo dei Fiori, certainly one of the most characteristic squares in Rome with its “open-air” market. Next to Campo dei Fiori we will admire the magical charm of Piazza Farnese, which takes its name from the imposing Palazzo Farnese. Proceed then to Piazza Navona, one of the most famous squares in the world. Its original shape repeats with extreme faithfulness the perimeter of the ancient stadium of Domitian built in 89 A.D. The symbol of the square is the “Fountains of Four Rivers”, designed by Gian Lorenzo Bernini and competing with Borromini’s famed church S.Agnese in Agone. In a ten minute walk we reach Piazza della Rotonda housing the unmistakable structure of the Pantheon. The Pantheon has been well preserved and is a true masterpiece of architecture. Once inside, our expert guide will be glad to give a short explanation of the history and the architectural secrets of the building. From Piazza della Rotonda the distance is short to Piazza Colonna, thus named after the 2nd-century marble column celebrating the victories of Emperor Marcus Aurelius over the Germanic populations. At present, the square is the center of the Italian political life, which gravitates around Palazzo Chigi, the seat of the Prime Minister. We then cross Via del Corso and in just 5 minutes we are at the Trevi Fountain, a true masterpiece and certainly the most famous and spectacular fountain in Rome. The last stop of our itinerary will be Piazza di Spagna, (Spanish Steps). Extremely original in shape, it has always been the meeting place for travelers coming from all over the world. In the center of the square, you will admire the Fontana della Barcaccia made by Pietro Bernini. This area is surely a paradise for the fashion conscious shopper and you will find the most important and famous names of the Italian style.

Pick up at hotel possible at an additional cost $22.00 per person 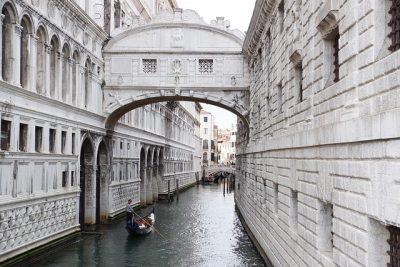 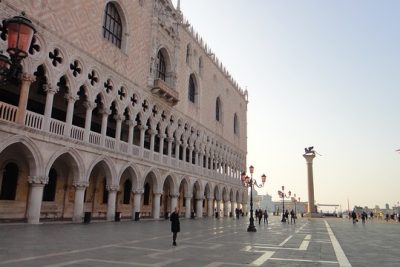 Visit the two main monuments of Venice Doge’s Palace (Palazzo Ducale) and St. Mark’s Basilica with this beautiful walking tour. You will fist visit the Doges’s Palace that represented for centuries the seat of the Venetian political power. In his splendid rooms, plastered and immersed in hundreds of painting masterpieces, the Duke and his Council ... CONTINUE READING 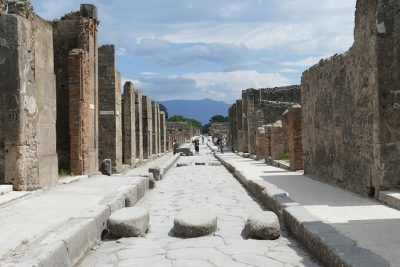 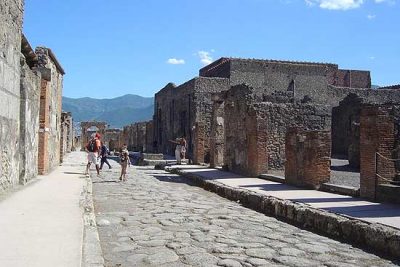 Pompeii is the most famous and visited an archaeological site in the world, it was visited in 2008 by over 2,000,000 people. Pick up directly from your hotel or indicated meeting point, where, it is through the municipalities forming part of the Sorrentine peninsula and continue to State Road 145 “Sorrento”, where you can admire ... CONTINUE READING 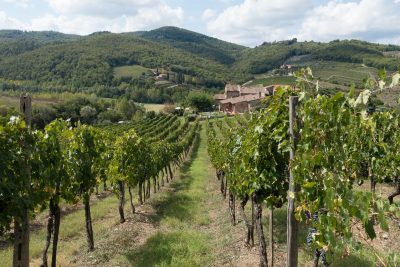 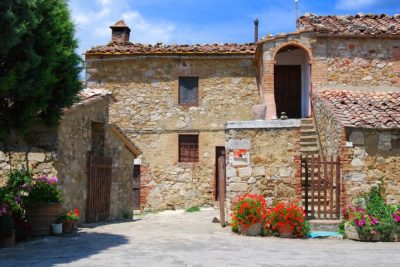 Visit the beautiful region of Chianti with us and immerse yourselves in the picturesque Tuscan scenery that you have always imagined. The beautiful ruby-red colour and the characteristic bouquet with scents of violet are the special features that reveal the identity of one of the most famous wines in the world: Chianti. This wine results ... CONTINUE READING 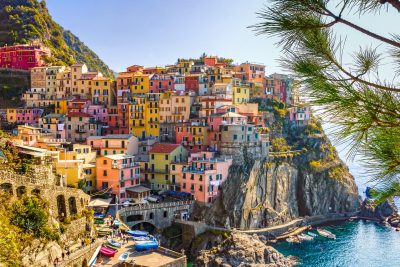 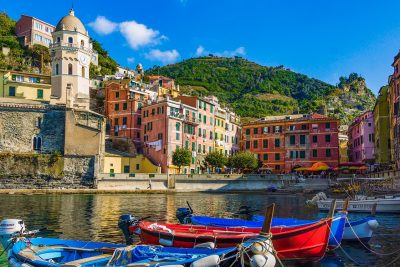 Cinque Terre: The Scent of the Sea
full day

Our trip to the CINQUE TERRE is an unforgettable whole day devoted to the discovery of one of the most amazing and enchanting landscapes in the world. Five (Cinque) villages, hanging between sea and land, a place where you can immerse yourselves in paradise, listed by UNESCO as a World Heritage site. Our visit begins ... CONTINUE READING 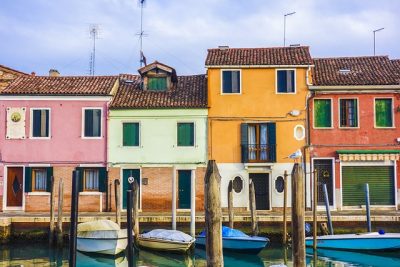 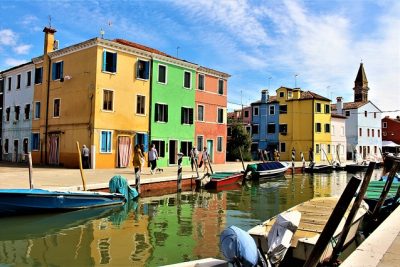 Today you will explore the lagoon of Venice and the three islands of Murano, Burano and Torcello. After sailing past the island of San Giorgio Maggiore, the Public Gardens, the tip of St. Elena and the Lido famous beach resort, the boat arrives at Murano, known throughout the world for its glass manufacturing industry. Here ... CONTINUE READING 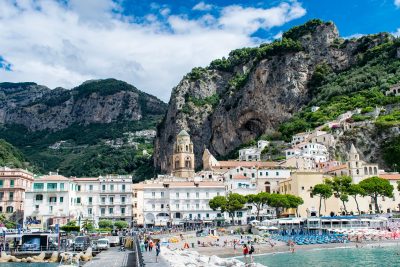 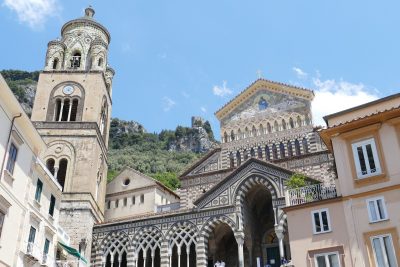 Enjoy the Amalfi Coast and the scenic resorts of Positano, Amalfi and Ravello, with this beautiful drive along the coast. During the first part of the day we will pass, with the coach, the famous and romantic Positano. You will see the village from the top. Continuing at each bend, you will discover the charm ... CONTINUE READING 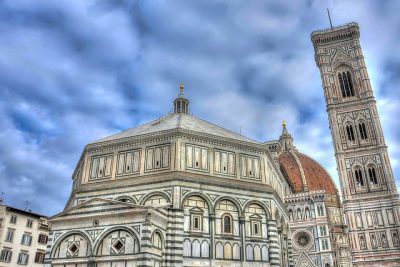 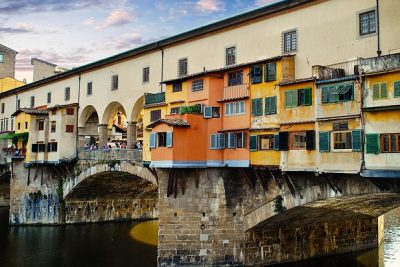 FLORENCE SIGHTSEEING TOUR & ACCADEMIA GALLERY This discovery tour begins from one of the most beautiful and romantic spots in the world: PIAZZALE MICHELANGELO, where you can drink in the sights and historical panorama of Florence lying before your eyes. Then you plunge into the city itself: first stop, the ACCADEMIA GALLERY, famous for its ... CONTINUE READING 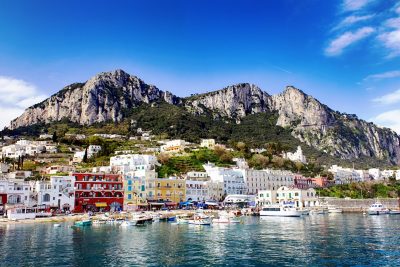 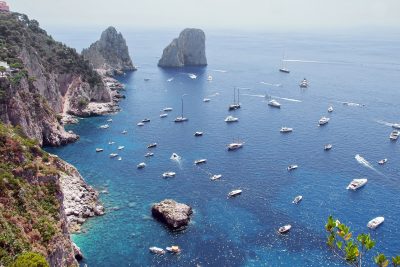 Meet your guide at Sorrento pier and board your fast boat. After about 20 minutes by boat, you arrive at Marina Grande, the small port of the island that has left intact its charm despite the passage of time. Reach immediately Anacapri and visit the astonishing Villa San Michele. Continue to Capri and visit the ... CONTINUE READING